“I hope that the Tirrell Award will further show my abilities as a researcher when I attend graduate school in the fall,” Khechfe said. “Receiving this honor from our department, which is already known for excellent undergraduate research, will mean a lot to potential advisers.”

Khechfe will be attending MIT in the fall to pursue a PhD in chemical engineering, where he plans to, “continue working on problems that involve clean fuel generation or energy conversion.”

“Under Professor Eric McFarland, I worked on characterizing a catalyst system that converts methane, natural gas, into hydrogen, which can be used as a fuel,” Khechfe shared. “Before that, I worked for Professor Galen Stucky on materials for electrochemical energy storage.”

The motivated student embraces the creativity that comes with solving chemical engineering problems.

“We are able to do this a lot in our design course, where we get a very open-ended problem with no one correct solution,” Khechfe shared. “Sitting at the drawing board and thinking of feasible ways to achieve some goal, then going out and designing something based off this idea is one of my favorite parts of this discipline.” 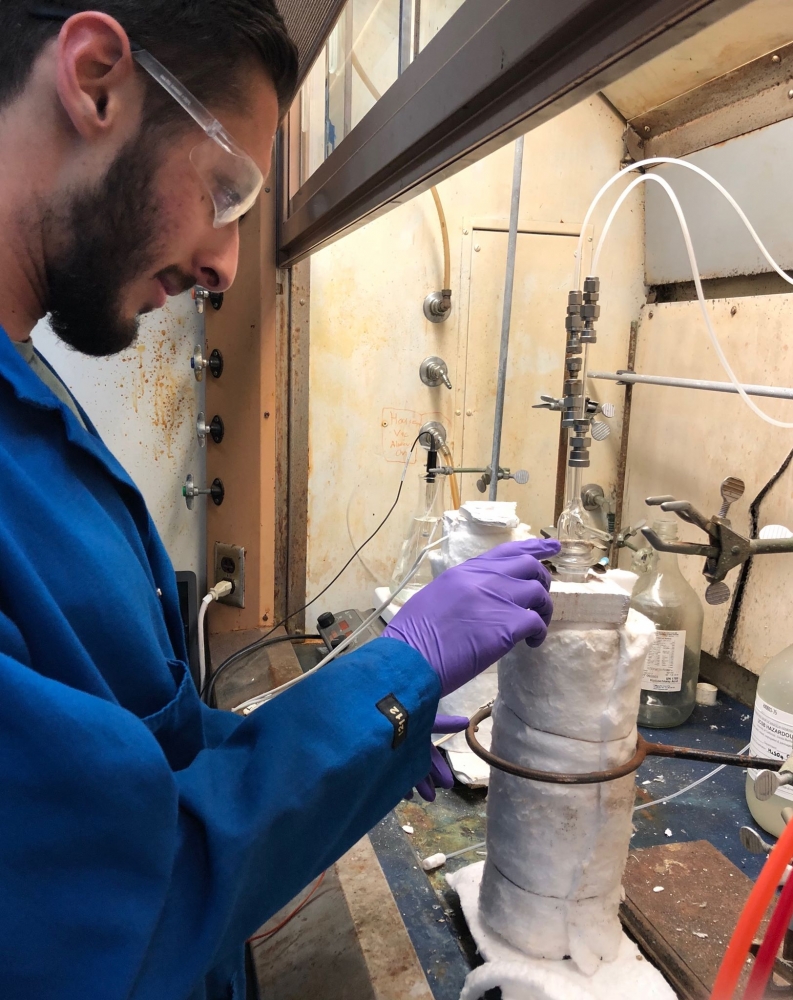 Khechfe recognizes Professor McFarland and his research group for mentorship over the last two years, and Dr. Ches Upham, who “taught me how to approach a plethora of problems in the lab.Professor McFarland has taught me many of the important questions to ask in research, and in life,” Khechfe said. “Without their mentorship, I certainly would not be where I am today.”

Professor Eric McFarland’s research areas include energy, efficiency, and sustainability, with a focus on coupling fundamental processes at surfaces with novel material systems to enable economically and environmentally sustainable production of chemicals and power in real industrial processes.

Khechfe recommends all incoming Chemical Engineering undergraduates find a good mentor, whether it’s an older undergraduate, graduate or post-doc in a research group, professor, or employer.

“Having good mentors to lean on for advice, technical or nontechnical, has helped me grow immensely as a student, and as a person,” Khechfe said. ChE